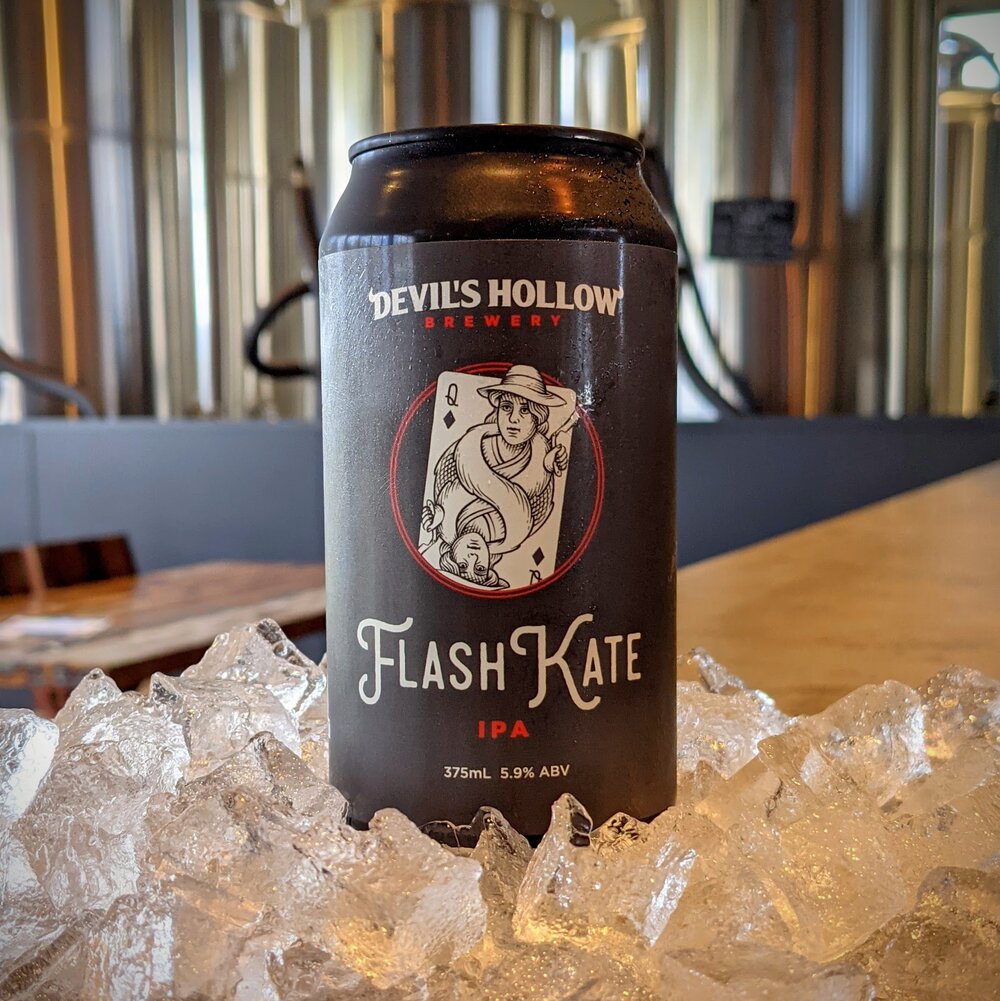 When thinking about what to call our IPA, we knew we had to go with something that would pack a punch, literally!

Catherine Mary Josephine Leigh, better known as 'Flash Kate', was born in Dubbo. Along with her arch rival Tilly Devine, they were known as two of the toughest gangsters in Sydney. You may have seen their rivalry play out on TV during the Underbelly series on Sydney gangsters.

Their battle to become the ‘Queen’ of the Sydney underworld fuelled the razor gang wars of Darlinghurst, which lasted from 1927 to 1930. To separate these two, the Courts sent Kate back to Dubbo for two years. At this time she opened ‘Flash Kate’s Casino and Brothel’, now the site of the Milestone Hotel Dubbo

She is also supposedly to have said “I’d rather be dead than in Dubbo!”

But there is nothing Nasty about our Flash Kate IPA.

Bitey, hoppy, with a solid malt base. One for the crafties.
About the Brewery
In 2017, four school friends and their partners headed to South Africa to celebrate the festival of 50. All four of them had been tossing around the idea of creating a business together and craft beer had been discussed. We came back determined that we could do this, we could build a Craft Brewery business. And just like that, we did. We have built a Craft Brewery in Blueridge Business Park, Dubbo NSW, Australia. Yes, Dubbo - home of the world famous Taronga Western Plains Zoo, and is now also home to it’s first Craft Brewery.
Reviews
Write Your Own Review
Liquor Licence
LIQW880015160
Product Questions
Customer Questions
No Questions
Did you find what you were looking for?
Other products from this Brewer
We found other products you might like!