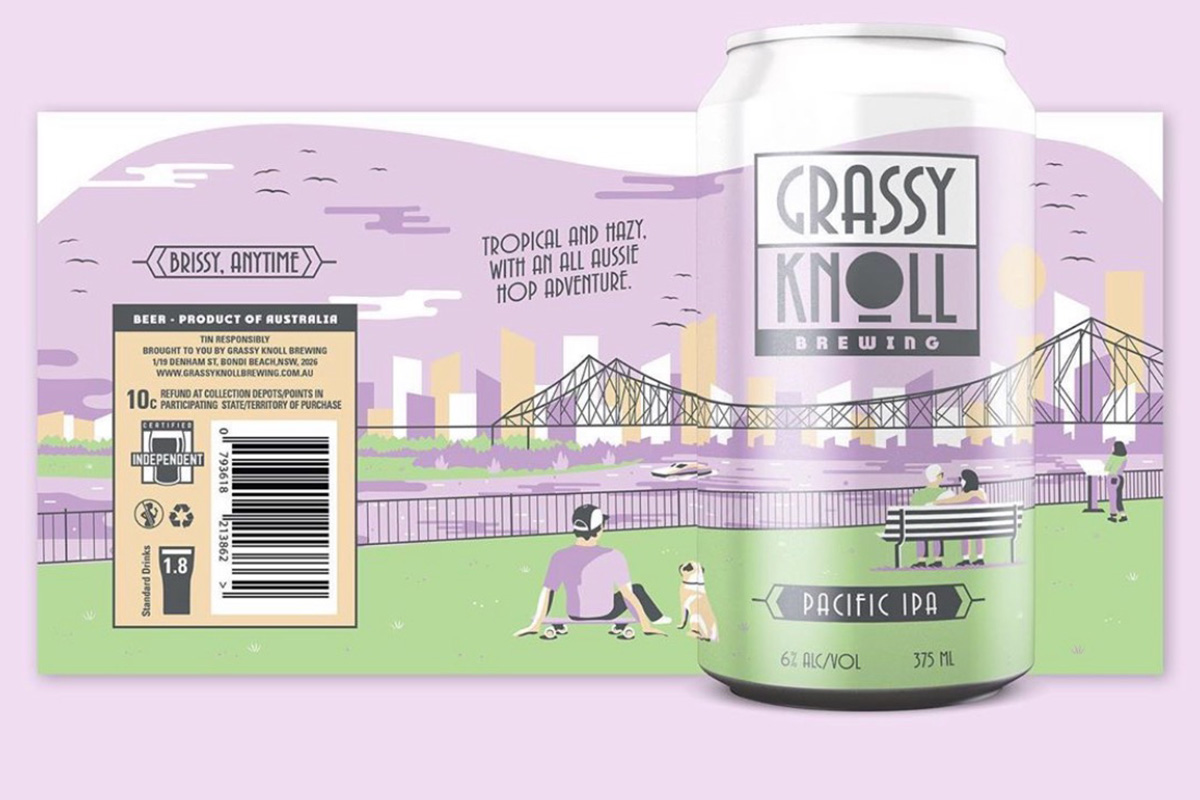 June 1st, Jeff Argent from Grassy Knoll is launching his third core beer. A fantastic location inspired the can design, Brissy home to some of the Grassy Knoll family and a big support.

In Jeff words: ”A lot of hours have been put into this one, we know you will enjoy it”

Pacific wasn’t the name Grassy Knoll wanted to throw around lightly, but they thought it suits this beer perfectly. A relatively easy drinking compared to a typical IPA, with an all Australian malt and hop line up. Perhaps it is the love child of the classic Pacific Ale and a tasty American East Cast IPA. Tu put simply; it is an Aussie IP that’s for sure.

Its big on tropical hop flavours and aroma from heavy hitting Australian hops grow in Tassie. Not only that but Jeff double dry hopped it just to be sure you’re not missing out. The malt bill gives it a smooth, mildly sweet finish with a sunburnt hazy appearance. The bitterness is there but just enough so you can sneak in another.

Their new PACIFIC IPA, with just 6% ABV, is launched for the first time exclusivly to Only Craft Beer friends. It is possible to pre-order the beer in cases of 12 cans each.