Black as Your Heart 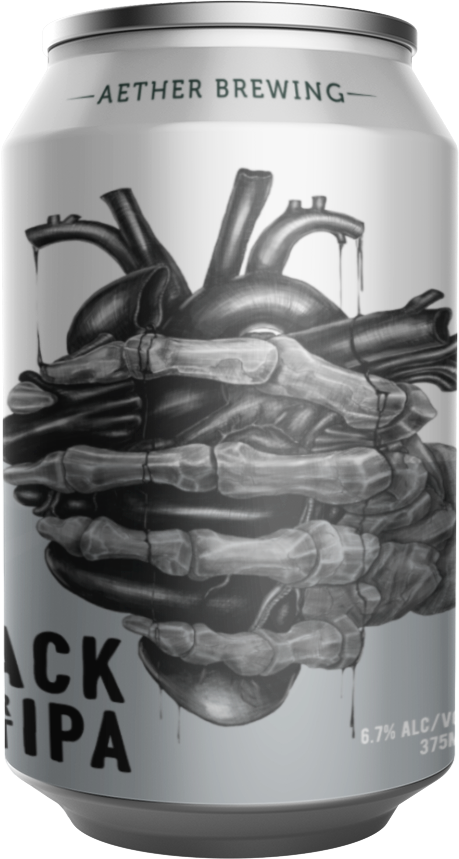 Skip to the beginning of the images gallery
About the Beer
Aether’s First winter seasonal release, this beer has fast become a hit. With a deliciously malty and resinous aroma, this beer delivers a beautiful balance between hops and malt. All IPA on the palate, but all black ale on the finish with no hint of its hearty ABV. Pale Malt Base, Citra, Centennial, Simcoe & Mosaic Hops.

Full bodied and dark. Malt and resinous-hop aromas mingle on the nose. Initially boasting a strong hop flavour of pineapple and citrus, the malt finishes and linger on the palate. Moderate bitterness entirely contributed by the hops with no malt contribution.
About the Brewery
Aether is an independent local brewery based in Northgate Brisbane. We just won a trophy for best Small/Medium Brewery & for Best Amber/Dark beer style for our Black as Your Heart - Black IPA at the RNA Craft beer awards. We also received Gold medals for the below styles: Chaotic Good - Midstrength Pilsner Pit Stop - Pale Ale Hop, Skip & Jump - IPA We regular brew seasonal & special limited release brews throughout the year. Our most current special release are: DEEP SPACE HAZE - Galaxy Wet Hop PALE ALE Creature of the Night - Peanut butter Stout The Creature of the Night was ranked #50 on GABS Hottest 100 New Craft Beers 2019 List.
Reviews
Write Your Own Review
Only registered users can write reviews. Please Sign in or create an account
Liquor Licence
203202
Product Questions
Customer Questions
No Questions
Did you find what you were looking for?
Other products from this Brewer
We found other products you might like!