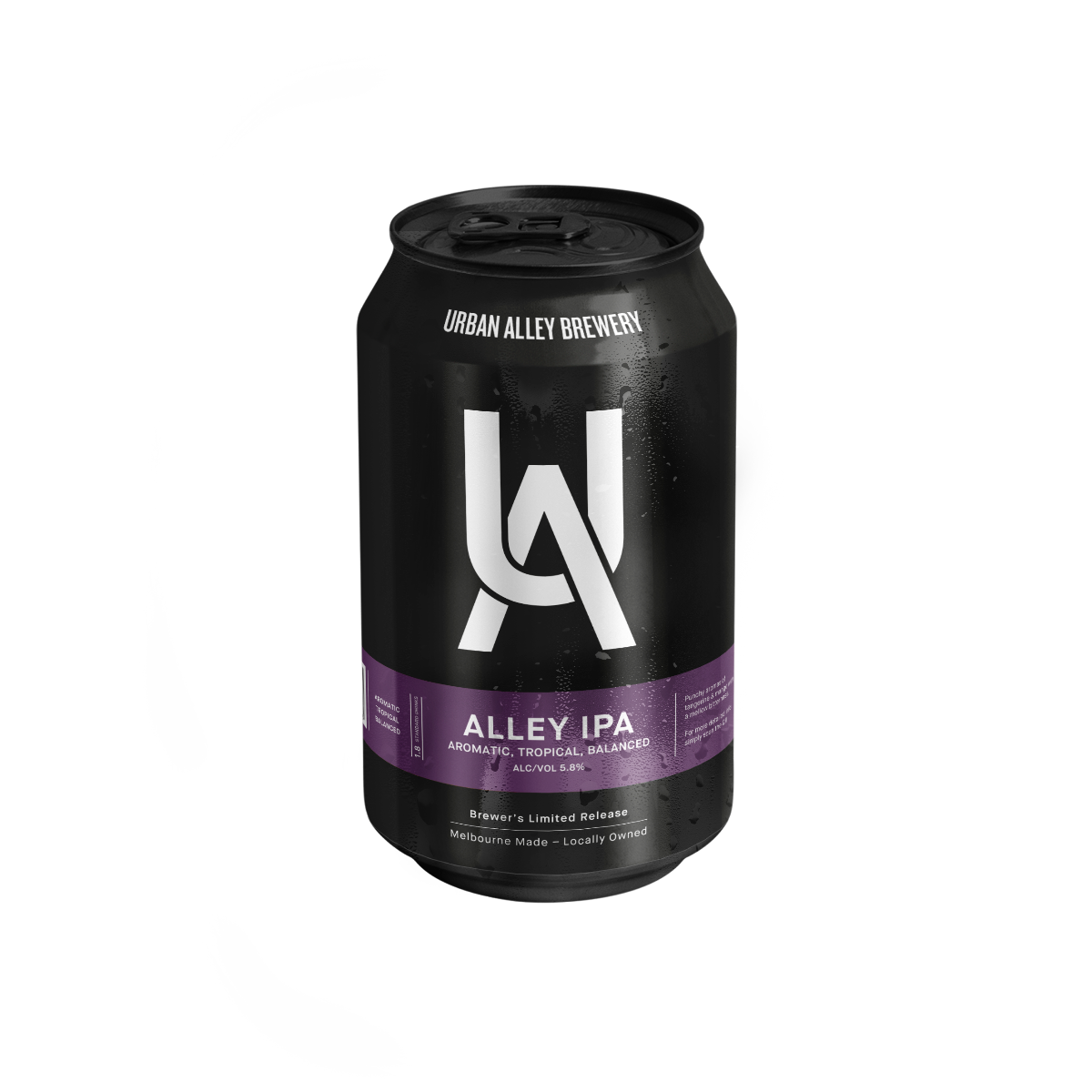 With more and more breweries around the world creating beers of extreme flavours, sometimes all you want is something not overwhelming, just easily accessible.

Presenting Alley IPA, a No Coast IPA, a beer that is special by of its simplicity. Rather than make you choose between the tropical 'PAS of the East Coast, and the piney, bitter 'PAS of the West Coast, we've decided to give you the best of both worlds with this NO COAST IPA.

A beer with a tropical aroma of mango and tangerine, and combining it with a mellow bitterness, we establish a sessionability that allows you to be able to drink more than one without feeling overwhelmed.

We balance the beer beautifully, and give you a beer that doesn't taste crazy, just BLOODY GOOD.

About the Brewery
Located in the heart of District Docklands! Urban Alley is home to craft beer with the brewery only separated by windows to our 25 hectolitre brewhouse, the beers couldn’t be any fresher. Join us for happy hour, a bite or a cheeky pint and watch the magic happen. The Brewpub is more than just a craft beer hall our menu features modern interpretations of traditional pub classics, teamed with our signature Urban Alley beers and our every evolving Alley series as well as spirits, cocktails, cider and wines. Great beer. Great food. Need we say more?
Reviews
Write Your Own Review
Liquor Licence
32808412
Product Questions
Customer Questions
No Questions
Did you find what you were looking for?
Other products from this Brewer
We found other products you might like!